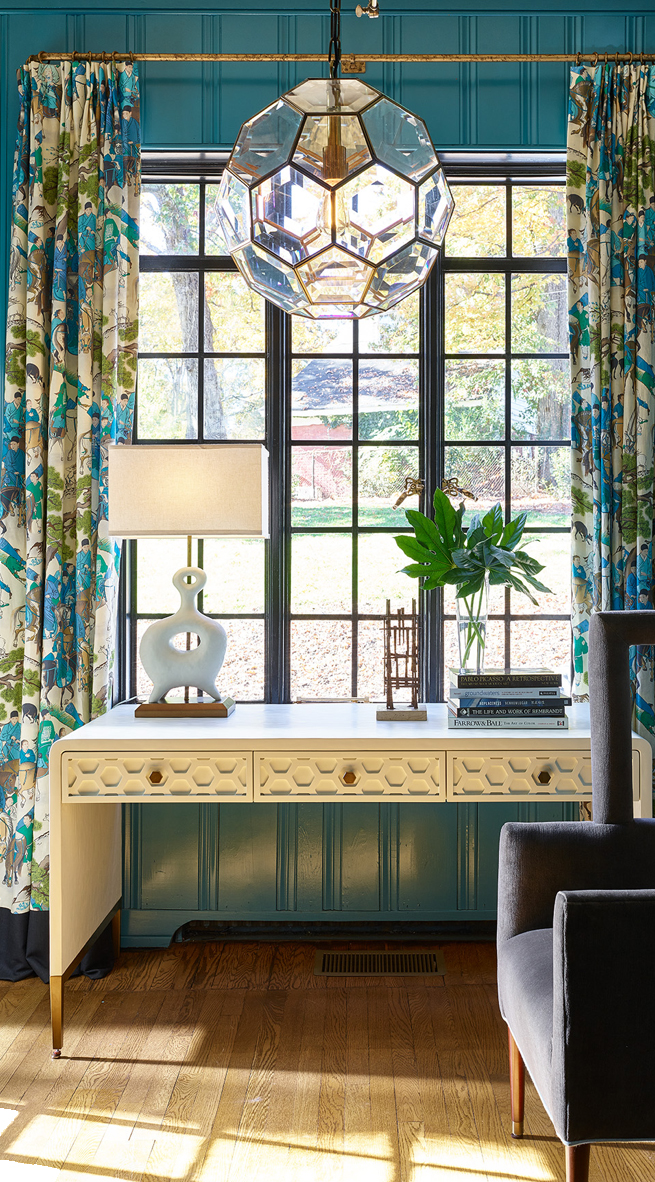 Managing your design project just got easier. With Mr Brown Wishlists, you can save all your favorite items and ideas in easily sharable lists. Create an account to enjoy the benefit of Wishlists today!

Managing your design project just got easier. With Mr Brown Wishlists, you can save all your favorite items and ideas in easily sharable lists. Create an account to enjoy the benefit of Wishlists today!

According to a 2019 survey, 37% of the U.S. population live in apartment buildings. While that statistic may not seem very high, consider that 37% accounts for nearly 40 million people. California alone boasts nearly 7 million apartment dwellers, and New York an additional 2 million. Apartments are appealing for a myriad of reasons, but a smaller space doesn’t mean you need to skimp on design. With bold furniture choices and creative storage solutions, even a studio apartment can be transformed into an inviting space with mid-century modern flair.

Mid-century modern design has evolved from the 1940s and relies heavily on clean lines, minimalism, and the use of unique materials, like plastic and plywood. This design style continues to be a popular choice for consumers today because it effortlessly combines function and beauty. The famous Eames Lounge Chair would look just as at home in an apartment living room today as it did back in the 1950s when it was designed. And with many retailers creating their own mid-century modern pieces, it’s no wonder this style continues to remain desirable and accessible.

How to Optimize Space

According to Home Stratosphere, the average size of apartments in the U.S. is right around 880 square feet, with new builds getting smaller each year. But any designer will tell you that a lot can be done within a small amount of space. Below are a few ways you can optimize the square footage for apartment living in a design-centric way.

Many new apartments have an open floor plan, with the living room bleeding into the kitchen and dining room. With no clear spatial definitions, there is much more freedom in placing furniture and using the space to your optimum ability.

Furniture can be used to define and divide these spaces, creating a clear distinction between each room. Forget placing a couch against a wall when it can be placed in the middle of a space to separate the living room from the dining room as shown here by Decoholic.

Open tiered bookcases are another furniture piece that can separate one room from another in a functional, yet stylish way. Preferably, the bookcase or shelf will be open from either side if it is used as a room divider rather than placed against a wall.

Additionally, area rugs are a great tool to define one room from the next while taking up next to no space at all. A large rug in the living room sets a clear boundary when there are no walls. A rug can also make an area appear bigger than it is. Decor Matters advises designers to use a rug that touches all pieces of furniture in the space, so as the rug will not appear to be “floating” in the room. Another tip is to choose a rug with perpendicular stripes or patterns that can be aligned with the longest wall in the room. This provides a widening effect, and will make the room appear larger.

Storage space can be limited when it comes to apartment living. Creative solutions for lack of storage space can give your space both form and function. For example, this apartment designed by Kroniki Studio shows how a large yet necessary item, in this instance a bicycle, can be displayed as art rather than stuffed into a tiny closet. The designer incorporates the bikes into the aesthetic of the apartment by hanging them on the walls and using similar colors throughout the room to tie it all together.

In the past few years, we have seen a trend toward open shelving in kitchens as well. Shelving is functional for storage and can be arranged in a visually pleasing way like in this mid-century kitchen design. The sleek wooden shelves are minimalist, but provide plenty of room for storage without looking cluttered. This can even be done with pantry items, with things like dry goods placed in jars and containers as shown here by Wild Minimalist.

Furniture that functions in more than one way is a must for apartment living. But thinking beyond a Murphy bed folding away into a closet, something like a coffee table that doubles as an ottoman, or a table that can also function as a desk, will come in handy for making the most of a small space.

Next, cabinets are another element worth considering—these pieces have so much utility packed inside. Something like the Hartley Low Cabinet is a great example of a piece that can act as an entertainment console (picture a TV mounted on the wall above) while hiding away things inside like board games, coasters, books, or even dog toys. With closed cabinets and drawer fronts, any visitor will be none the wiser of all the items tucked away in this one sleek cabinet.

Another example of this concept is nesting tables. Two or even three tables of descending sizes are grouped together and tucked neatly underneath the largest one. When not being used, the largest table can be used on it’s own. But when you need more table space, perhaps when hosting people, each smaller table can be pulled out to use on its own. Voila! You suddenly have three times the surface space.

Mid-Century Modern Styling for Each Room

Now that you have some space-saving ideas, let’s talk about how to incorporate mid-century modern design into a small space effectively.

The focal point of most living rooms is the sofa. A common trait of many mid-century modern sofas are a low back with clean lines, similar to the Darlington Sofa. Something with this size and shape works perfectly to break up an open floor plan area, as mentioned earlier, by being placed away from a wall and creating a barrier of its own. Choosing the main piece of furniture in your room to be a statement piece will set the tone for your mid-century modern design.

For additional seating compact armchairs are all the rage in mid-century styling. Designers such as Poul Kjærholm and Florence Knoll were famous for their sleek and comfortable chairs for both the home and the office. While a massive recliner would take up valuable floor space, something like the Cooper Armchair would fit perfectly in a small space while making a statement.

So much about mid-century modern design comes down to the materials. Teak is among the most common types of wood used. Being sturdy and durable, it lends itself well to dining room tables and cabinets. Mid-century tables are synonymous with angular wooden legs and will often come with a removable leaf, providing the option to extend the length when entertaining and to remain compact for everyday use, making it ideal for apartment use.

An eye-catching pendant light hanging overtop of the table is a design statement that takes up no precious floor space. A sculptural fixture or a simple glass globe can instantly add mid-century modern flair to your dining room space, too.

One quality of mid-century modern design that works so well in smaller spaces is minimalism. Minimalism can be on full display in a bedroom, where you only need a few pieces of furniture to create a beautiful, cozy space. Something like the Hartley Bed, which features clean lines and an upholstered headboard, would give an air of simplicity and elegance in a master bedroom.

Read our recent blog post for even more tips on how to design the perfect mid-century modern bedroom.

It is harder to use furniture as statement pieces in a room like the bathroom. However, fixtures and mid-century styled accessories can still be used to update a tired bathroom. A mirror, sink faucet, and handle pulls with minimal embellishments and clean lines, as shown here in Coveted Magazine, are easy ways to bring a mid-century modern design to a bathroom.

Color can also be used to amp up the design factor in a smaller room. Mid-century modern design uses a variety of colors, including warm yellows and golds, rich maroons, or even a clean white. Painting one of these tones on a statement wall in the bathroom is another way to bring an added element of flair into your home.

With so many people working from home now, a home office has become valuable space. Even in an apartment, a workspace can effectively be set up in a spare bedroom or dining room. For ideas on how to best set up your home office space, read our latest blog post.

Danish furniture designer Poul Cadavius is famous for inventing wall-mounted shelving and desks that would transform a room and leave more floor area in small spaces. We still see his systems in use today, as they are functional and modular, making them perfect for apartments. His Royal System, shown here in Remodelista, could easily be installed in a bedroom or even the main living area of an apartment, and double as bookshelves or extra storage when not being used as a workspace.

Designing in an apartment can prove challenging, but with a creative and adaptable outlook, each space can be used to its fullest potential. Browse for further inspiration and more mid-century modern pieces that can be used in your next design. 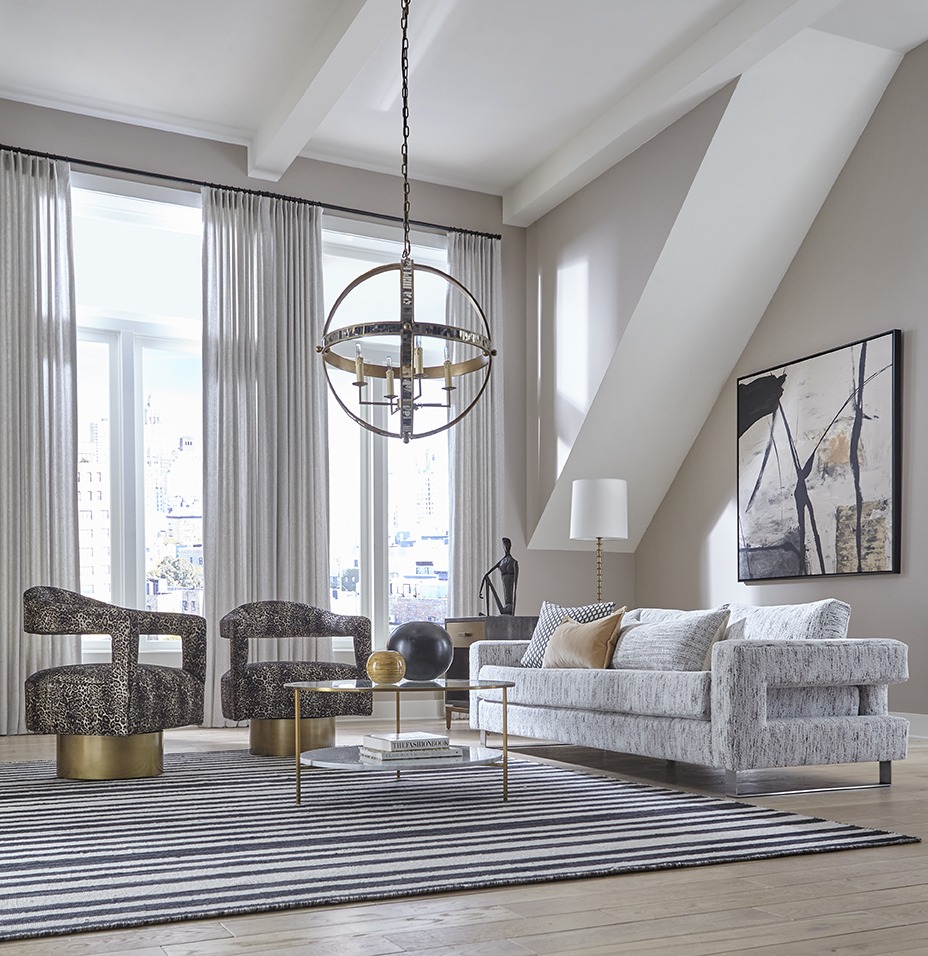 According to the latest National Pet Owners Survey from the APPA, 70% of American households own at least one pet. The vast majority of those households own a dog and/or cat, and these furry family members probably spend time sharing a living space with their people. In short, we all love our pets. And, many […] 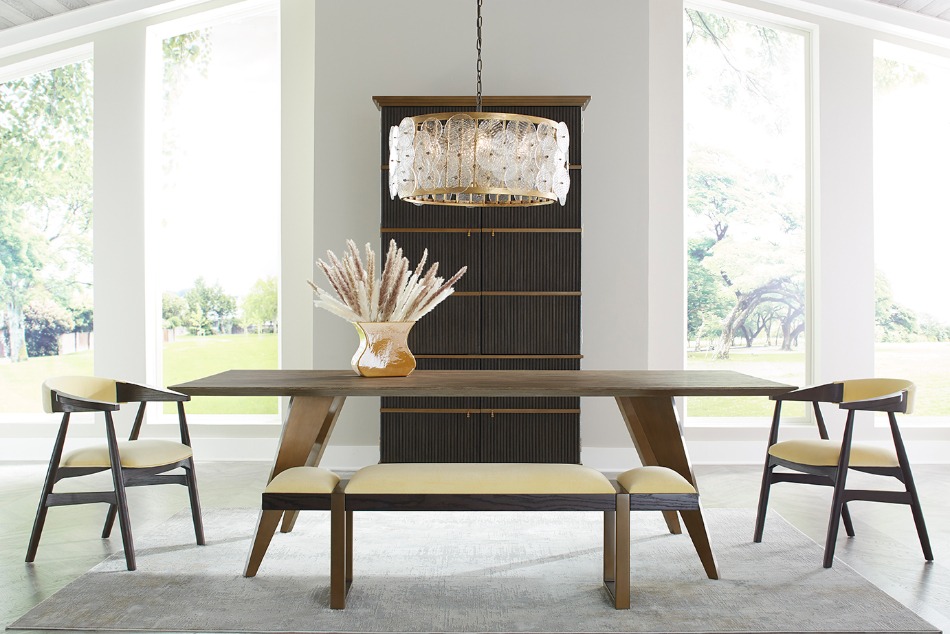 In recent years, organic modernism has become more popular, particularly when many people around the world are spending most of their time at home. Our living spaces have become our workspaces and our social centers, yet it’s still the place that we retreat to for rest and relaxation. It’s no surprise that welcoming and cozy […] 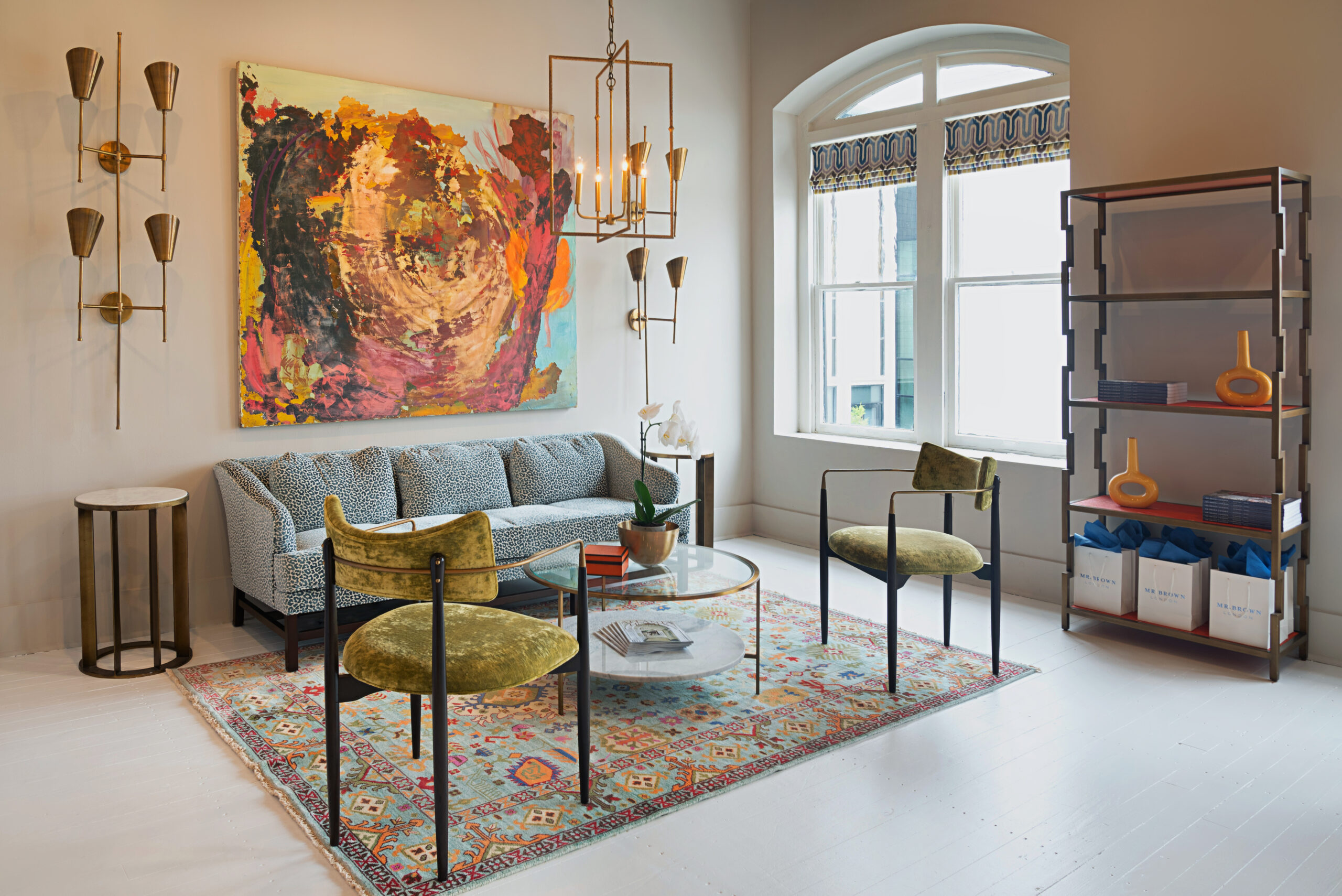 Colorful, adjective “Having striking colors” The definition of colorful is pretty straightforward. In interior design, however, it couldn’t be more subjective. For you, a dream colorful living room design might be soft pastels in 10 different colors paired with curved furniture. But, for the next person, it may be an assortment of neon hues and […] 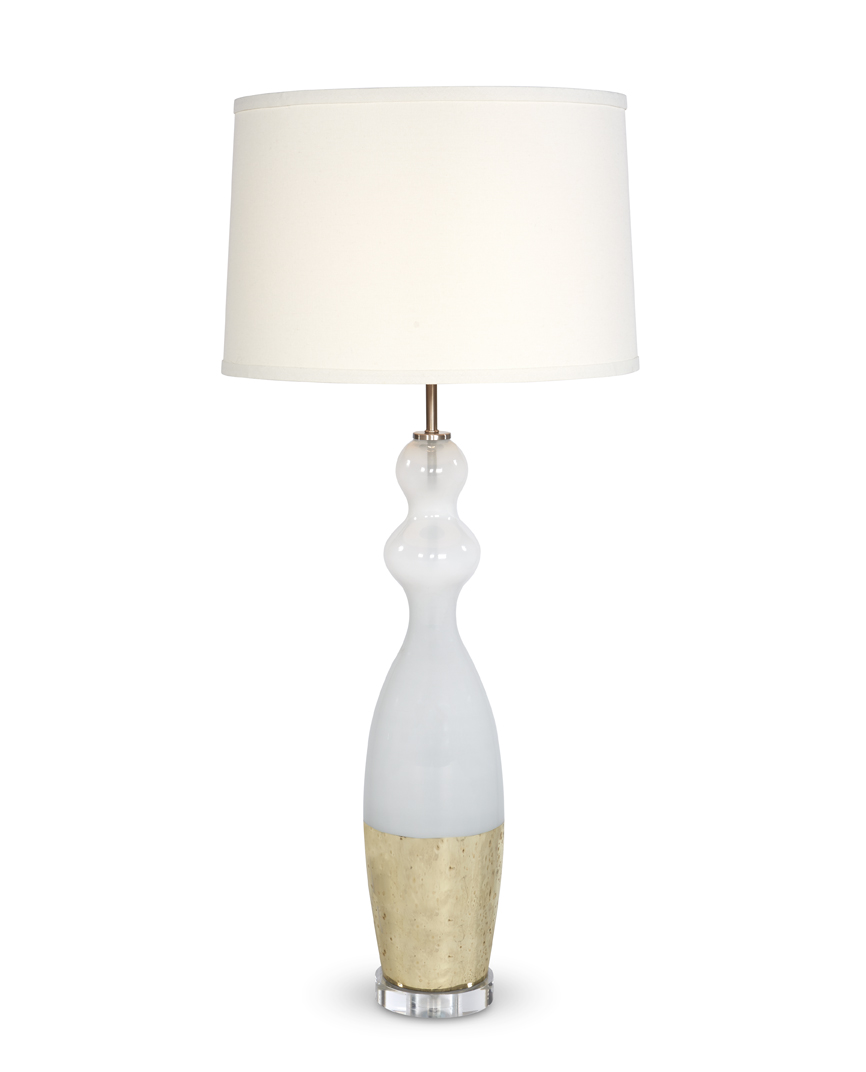 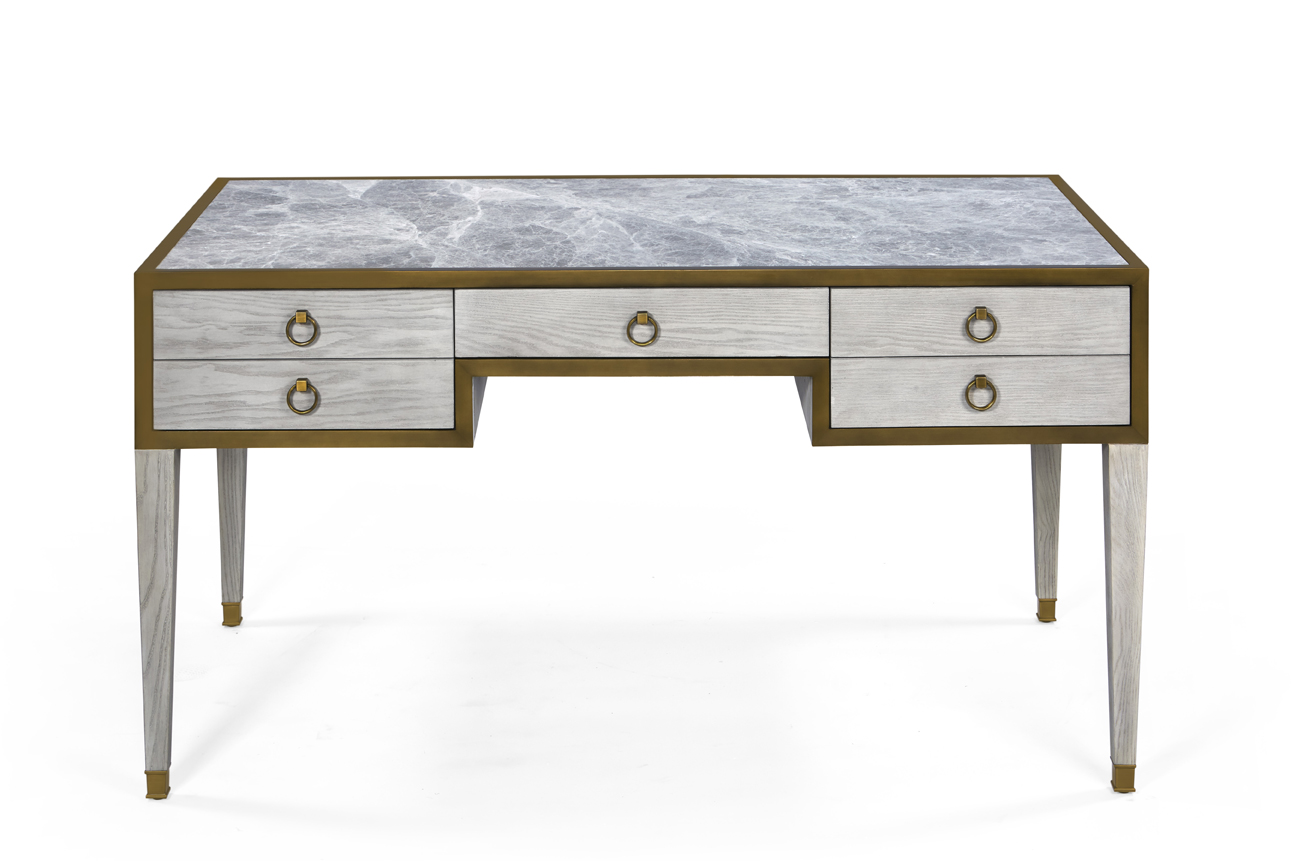 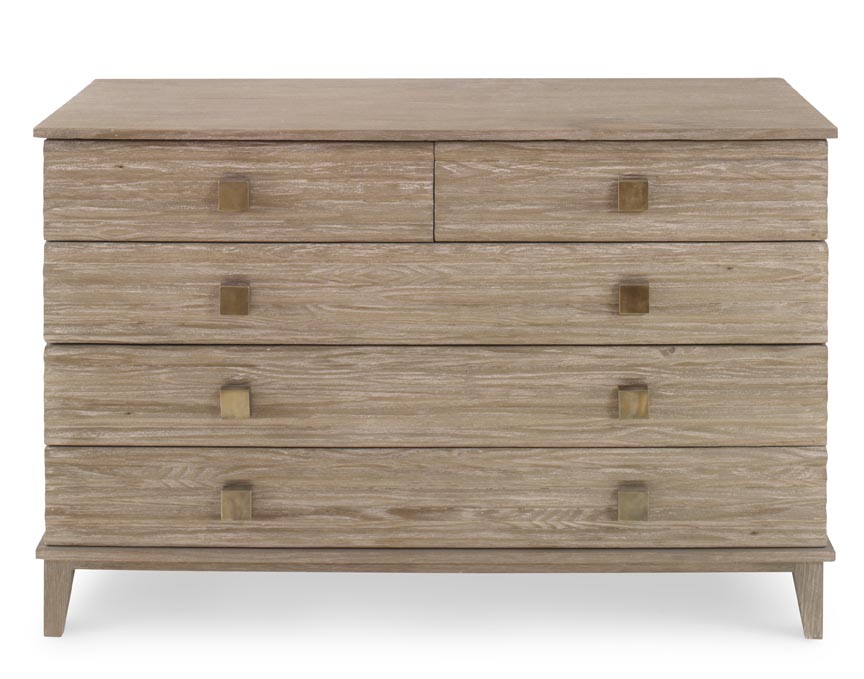 According to the latest National Pet Owners Survey from the APPA, 70% of American households own at least one pet. The vast majority of those households own a dog and/or cat, and these furry family members probably spend time sharing a living space with their people. In short, we all love our pets. And, many […]

In recent years, organic modernism has become more popular, particularly when many people around the world are spending most of their time at home. Our living spaces have become our workspaces and our social centers, yet it’s still the place that we retreat to for rest and relaxation. It’s no surprise that welcoming and cozy […]

Colorful, adjective “Having striking colors” The definition of colorful is pretty straightforward. In interior design, however, it couldn’t be more subjective. For you, a dream colorful living room design might be soft pastels in 10 different colors paired with curved furniture. But, for the next person, it may be an assortment of neon hues and […] 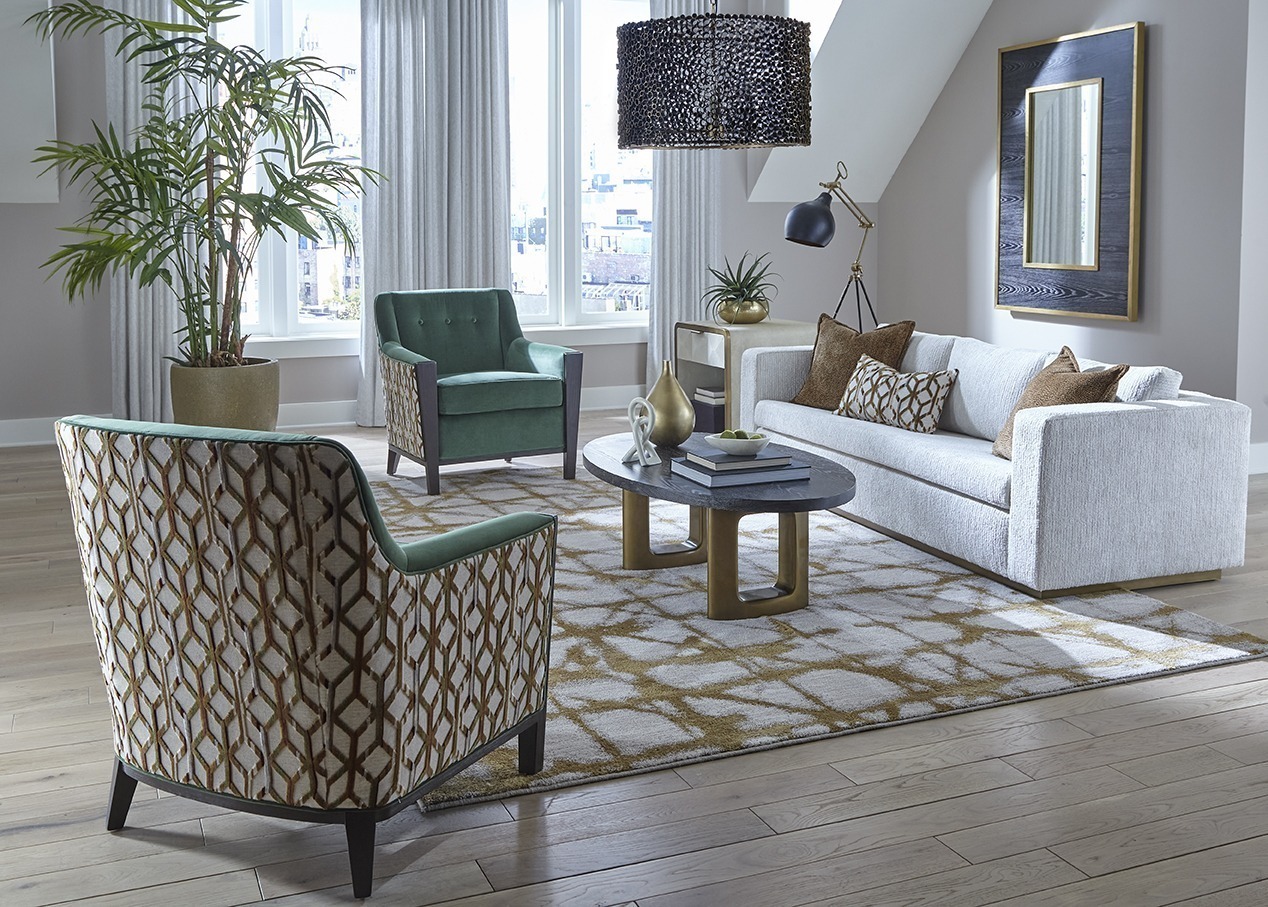 Even homeowners who profess that they can only keep plastic plants alive love having plants as part of their mid-century modern décor. Almost everyone enjoys having greenery around their home, but selecting the right mid-century modern plants can be challenging. Fortunately, all it takes is a little research and learning what plants, planters, and plant […]

We're Bringing Our Showroom To You